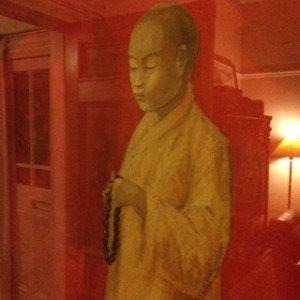 One of the best ways to identify and challenge unhelpful thoughts and beliefs is by using a thought diary.  It’s a strategy that helps to get rid of beliefs that you have about yourself that are less than helpful.  It might feel a bit awkward or self conscious  to write down your thoughts, however, the idea is that you are trying to find patterns in your thinking, and giving you a clearer idea of what it is you are telling yourself.  Using a thought diary helps you to ‘think about your thinking’.

They are especially useful working with negative ‘core beliefs’.  These are the essence of how we see ourselves,  other people, the world and our future.  They have generally developed over time, usually from childhood, and through life experiences ie sudden bereavement, bullying, illness and difficult life circumstances.  They tend to be strongly held, rigid and inflexible.  They are reinforced by focusing on information that support the belief and tend to ignore any evidence that contradicts it.  This is often why core beliefs can be difficult to challenge, and extremely hard work to shake off.

While you might work with a therapist with thought records, you can also do it by yourself.   You are the only one who really knows what your thoughts are, when you are having them, what triggers them,  how they make you feel, and what they make you do.  No one else knows this.  Only you.

That’s why it’s so important for you to be your own ‘scientist’, if you like.  You are identifying patterns in your thinking, feeling and behavior, and then, hopefully being able to challenge this.  The difficulty sometimes is that you are not able to challenge by yourself, and that’s where a therapist can be helpful to work with.

Example of a thought diary

Kim is a finance director.  She had been in her job for 10 years, but recently started to have panic attacks.  She had started to work longer hours, was not sleeping well,   worrying incessantly, and was irritable with everyone.  Her relationships with partner, friends and family were suffering, she had withdrawn emotionally and she was concerned that she had started drinking during the week.   She was worried that she was ‘losing the plot.’

Working with a thought diary, we were quickly able to identify some ‘hot thoughts’ or recurring themes in her recent thinking.  The example given looks at identifying thoughts behind her most recent panic attack;

Activating Event – (this could be an actual event, situation or thought, or an imagined one)

(what am I telling myself here? What was I thinking? What was going through my head at the time ?)

‘this is not fair, he never notices anything I do well’

‘or he just thinks I’m not up to the mark’

‘maybe he is going to try to get rid of me’

‘the others have probably told him I’m useless – otherwise why would he being so mean to me..’

(what does this say about me?)

‘maybe I am kidding myself, and I’m not really any good at this’

‘I do need to get another job, before it all gets too difficult’

(how does this make me feel)

Stayed in the bathroom until panic attack over, cried,

Left the office early, went home and opened a bottle of wine

Kim was able to see that her ‘out of the blue’ panic attacks no longer seemed so random.  She was quickly able to identify what the trigger was by writing it out.

The process of identifying your own negative self talk and getting to the underlying core belief is a bit like doing an archeological dig in your own brain.  You might have to ask yourself repeatedly ‘what does that mean to me?’ As it might be difficult to unearth the core belief.  In this example, Kim recognized this as ‘being useless’.

This reminded her of a situation at school – when a new teacher had ridiculed her, which led to bullying by peers.  Her parents had eventually intervened, and she had moved school.  Although this was over 25 years ago, it had left an underlying core belief of ‘being useless’ which had been activated by this new CEO’s critical comment.  Kim had compensated for this belief by being diligent and hard-working, and most of the time the core belief was dormant, and it was not an issue for her.  The strength of its re-emergence was a surprise.

However, once she had identified it, we were able to challenge this ‘irrational’ core belief, which held no basis of reality for her today.  The panic attacks stopped, and she was able to return to her ‘normal’ competent self.